Join us online and live the Classic Car journey with us…

‘Arry The Stag! and The Stag Owners Club are very proud to welcome you to this exiting collaboration and join in with the fast growing community of Classic Triumph Stag Car owners world wide… and those too who maybe thinking about becoming a Stag owner, or who are simply just curious to know more and to belong.

All are very welcome! 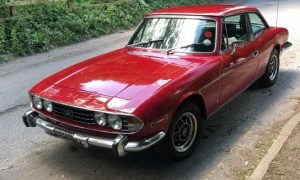 And with regular, supporting email communications from us (see below), featuring interesting Stag related topics and stories from around the world, you’ll be able to feast yourselves on as much Stag related stuff as you’d like ..and join a band of friendly and welcoming anoraks worldwide! …Or we prefer to call ourselves… ‘Bobble ‘Ats! (explain more later). 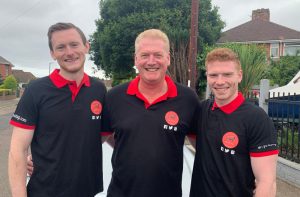 The initial idea for TR Tony and his two lads.. ‘Arry ‘Imself (Harry) and Trumpet Pilot Bob (James), commanded by ‘Lady Throop’ (TR Tony’s Missis) and bossed by Downpipe Duke (the family Doberman), was to keep a simple video record of the breakdown and rebuild of a 1973 Mark 2 Triumph Stag UNY 49M.

But three years on since they started in 2017, the project has since gathered pace, with now nearly half a million views to date on the You Tube Channel of what was has now become the ‘Arry The Stag! brand – all from its very humble beginnings. Incidentally, we’re still looking for an ‘Aunty Roll Bar!’ if anyone out there’s interested!!!! 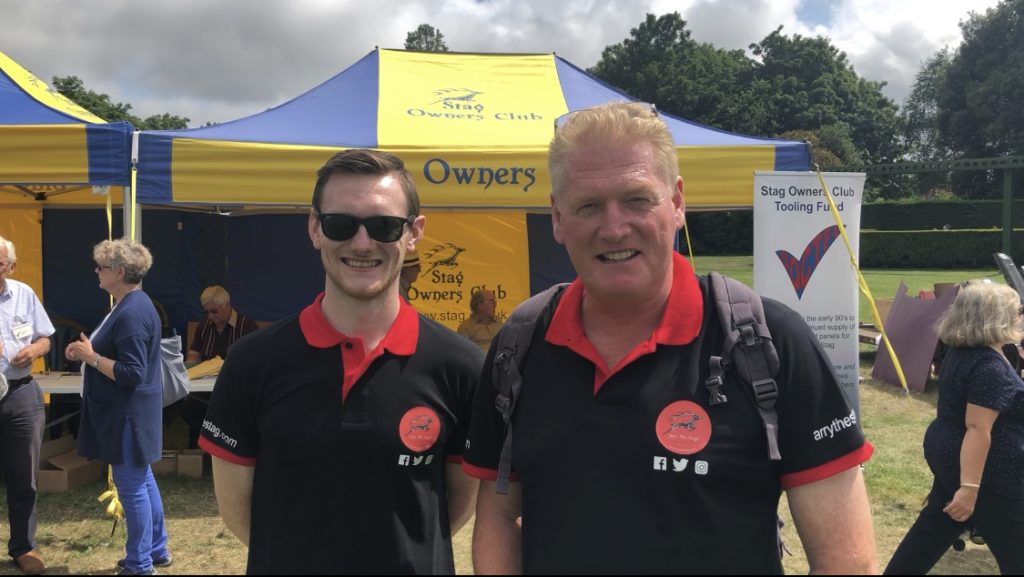 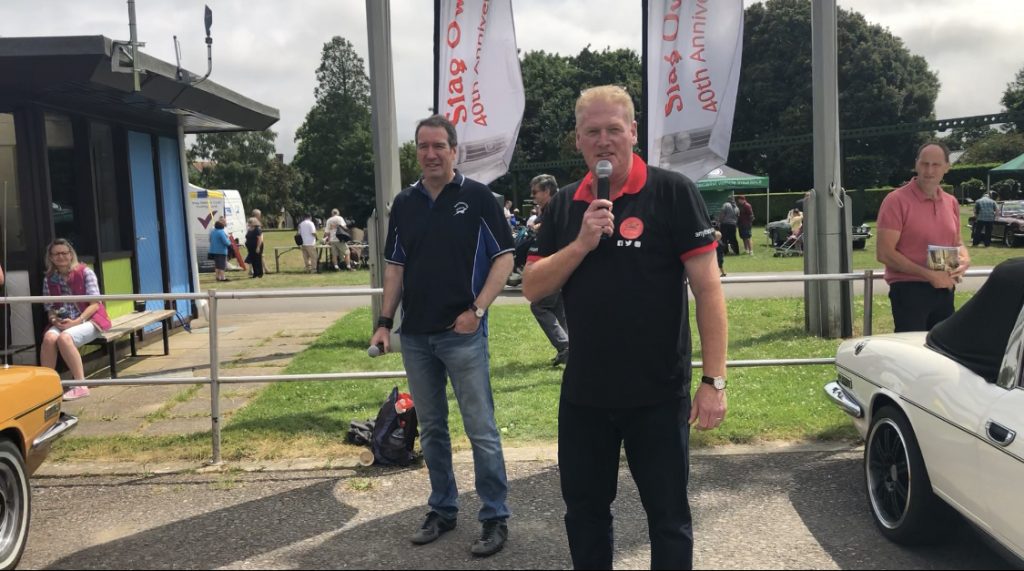 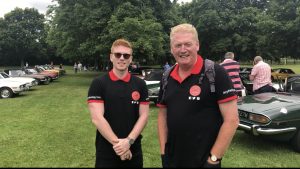 Get your weekly dose of “ATS Shenanigans” straight to your inbox!!

Enter your best email address below to receive your free copy of our weekly email – contains no spam, rust or sawdust….

Saturday Sockets was created by TR Tony and the ‘Arry The Stag! team – borne initially from lots of great emails they were regularly getting from Stag fans around the world watching the ‘Arry The Stag! Channel and felt they should be sharing these. Saturday Sockets had grown to be quite an event now, as it also provides lots of ‘off camera shenanigans’ and goings on – such as… Interesting Classic Car related things that have been seen when out and about; Showcases Stag owners reporting on their own rebuild with their cars; Brokers requests for help from other ‘Arry The Stag fans worldwide on things like e.g. How to fit the Stag aircon unit (yes there was one); How to fit a windscreen properly; Practical Stag engine and top tuning tips… even how to make sure your hard top doesn’t blow off when driving along (yes, really!!). And loads, loads more too!

Supported by lots of fun and frolicks, Saturday Sockets follows a consistent format every Saturday and has different sets of stories and insights, gained from around the world that week. It features what’s going on in the ‘Arry The Stag! household; Latest progress with UNY 49M’s rebuild (‘Arry The Stag!’s car); As well as featuring lots of interesting links to other Classic Car and Stag related stuff (e.g. Classic Car auctions etc). Plus, relevant archive and Stag videos drawn from the extensive and growing range of films on the ‘Arry The Stag! Channel!

So, come on in and ‘Get with the ‘Arry The Stag! Saturday Sockets Programme!!’ and sign up… People tell us they genuinely jump out of bed on a Saturday morning (or pour an extra crafty drinkie while no-one’s looking, depending on where they are on the planet) all excited, to check their inbox for the latest weekly Saturday Sockets update and get their self-indulgent fix… And let’s face it, at our age, jumping out of bed as excited as that may not have happened to any of us for a little while… hey??!!!

Just one of our Saturday Sockets…

Thanks for the mention in your Saturday Sockets. It’s still the highlight of my morning. It’s all good fun and for all your comments too, they keep me going 🙂

Thank you Tony, that’s great!!! I forwarded the email to my husband and he has been drooling over Saturday Sockets ….all afternoon!!!!!

Hi Tony many thanks for the feature, FAME at last, twice in one day! I also got a mention in the West Yorkshire section of the SOC magazine. All the best and keep up the good work. Hopefully, we will bump into you at a show next year, Silverstone maybe, all being well.

Take care and keep the videos and email going. They are still the highlight of my Saturday mornings.

I hope all is well with you. I love your Saturday sockets email. Thanks for sending them

Hi Tony …It was great to read your latest edition of Saturday Sockets and to see my Stag featuring as well, very cool.

Please Note: We take your privacy very seriously and will never sell or share your information with 3rd parties for marketing or sales purposes without your explicit permission.

You can unsubscribe at any time from out informative email newsletters, which contain news, views, ideas and the occasional offer which we think you will be interested in.